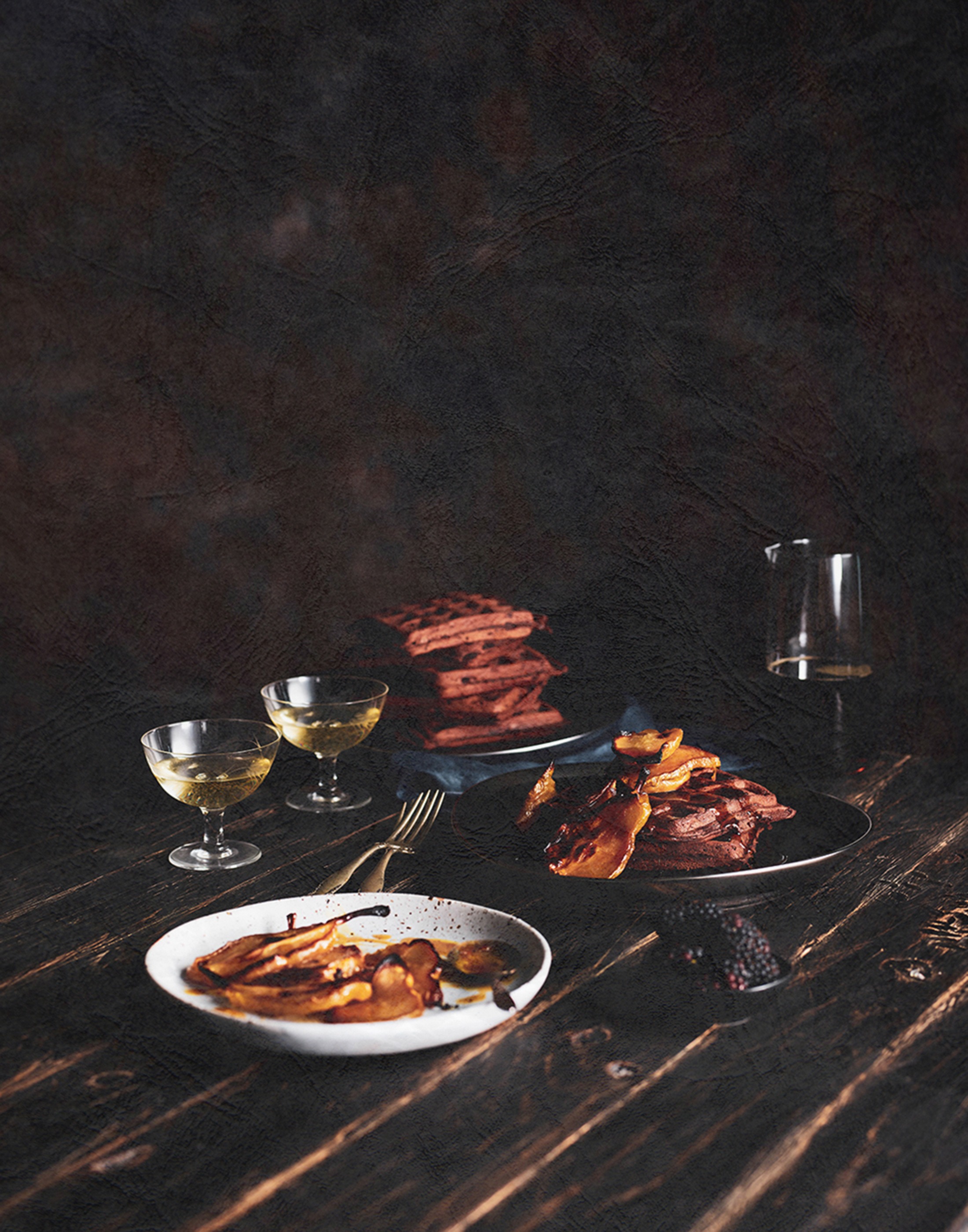 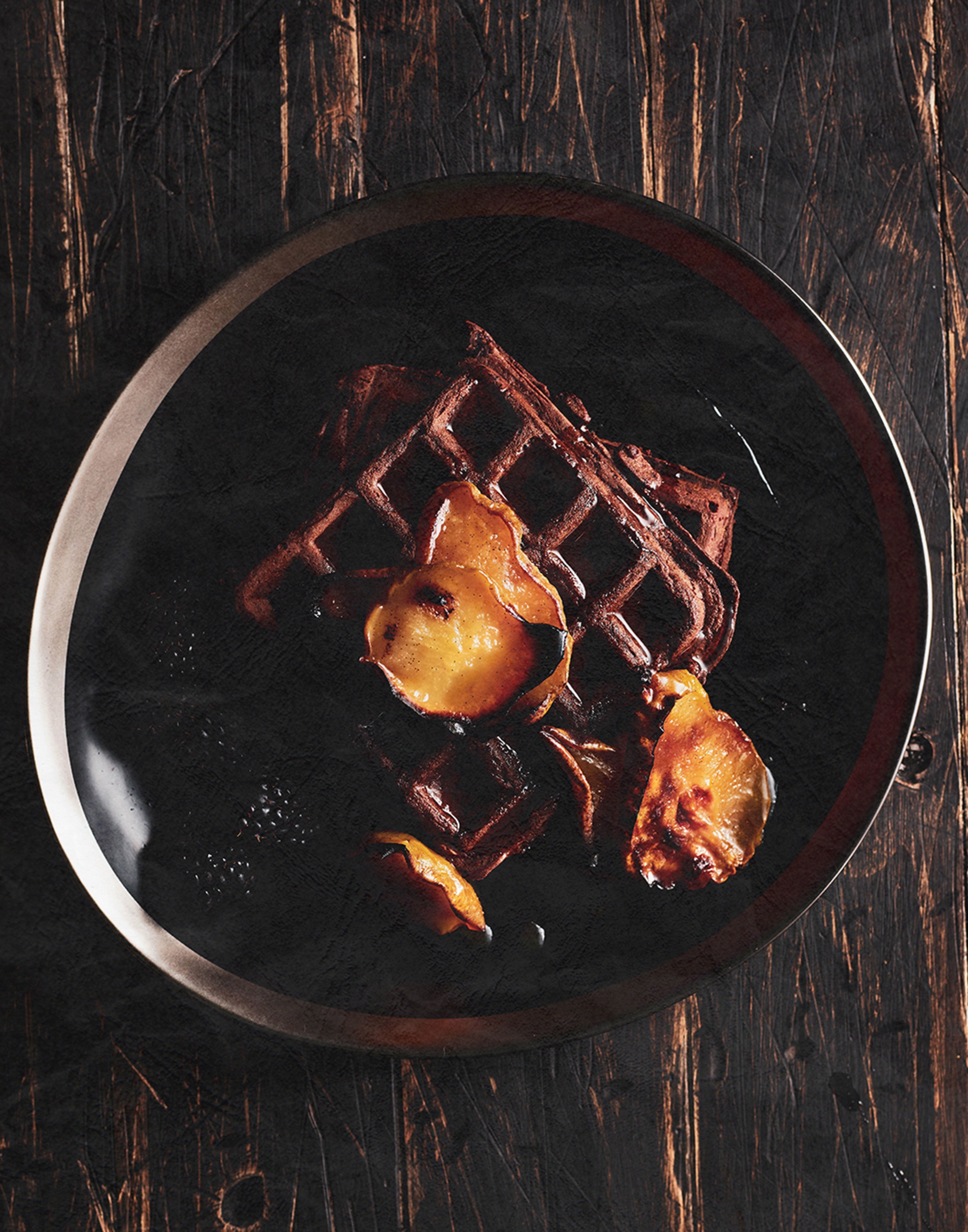 1 Preheat oven to 220°C. Sift the flour, cocoa and brown sugar into a large bowl. Combine the yolks, sour cream, milk, oil and vanilla in a second bowl and whisk until smooth. Whip into the flour mixture.

2 Put the egg whites and cream of tartar in a large bowl and whisk to stiff peaks, then fold in gently. Cook in a preheated waffle iron to make four waffles.

3 Meanwhile, arrange the pear slices on a lined oven tray, then scatter with raw sugar and butter. Bake for 20 minutes, until beginning to caramelise. Serve with waffles, maple syrup and berries.