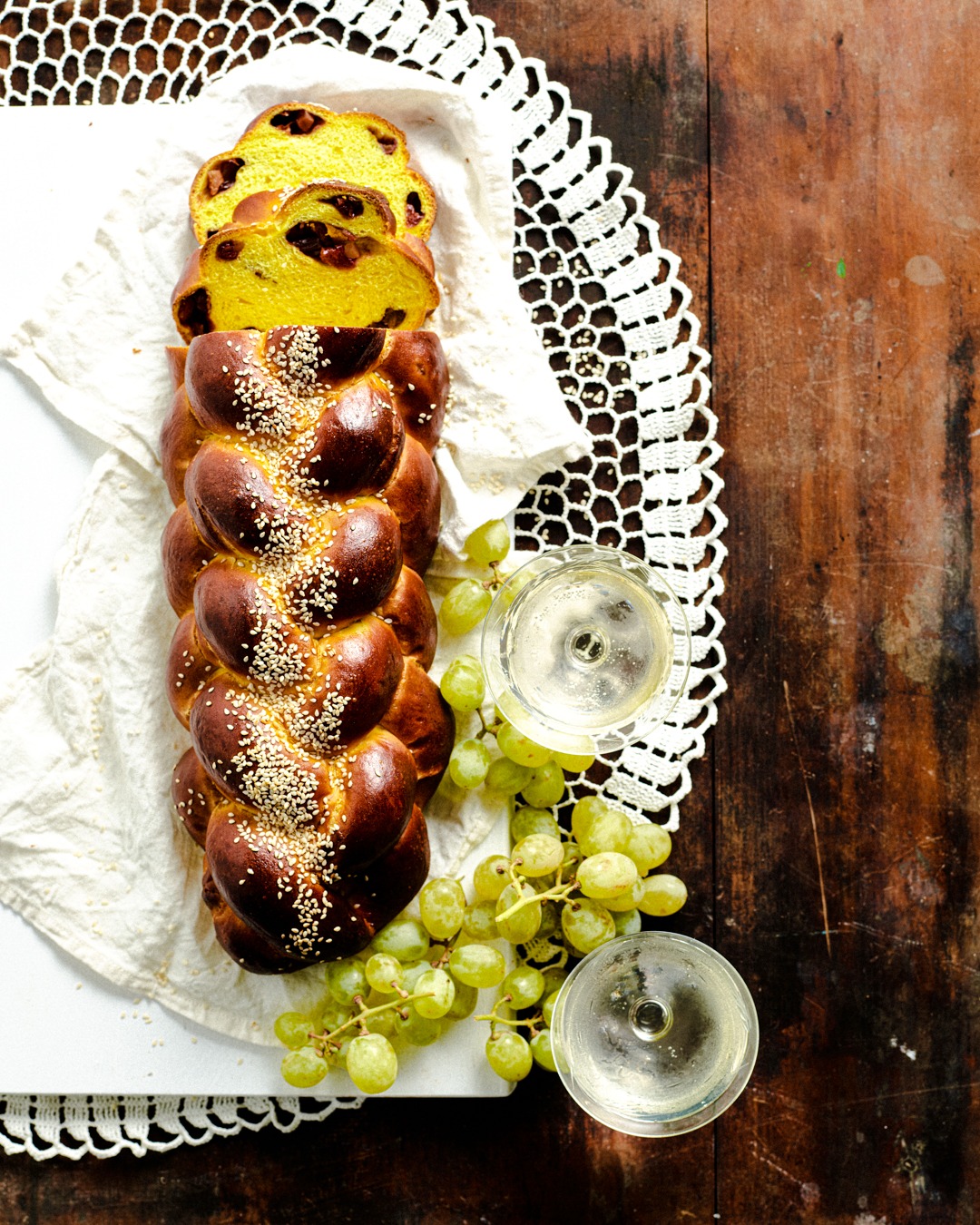 1 Preheat oven to 200°C. Combine the yeast, 2 Tbsp bakers’ flour and 1 Tbsp water in the bowl of an electric mixer, then set aside for 15 minutes, until foamy. Add the remaining flours. Whisk 2 cups water with the caster sugar, 3 eggs, vanilla and salt in a bowl.

2 Mixing with the dough hook on low speed, add the egg mixture until incorporated, then add the oil in a steady stream, kneading until smooth. Cover and set aside to rise, until doubled in size.

3 Mix the raisins, apple, cinnamon, zest and juice in a bowl, stand for 45 minutes, then strain well.

4 Divide the dough into three, then each of these into six even pieces. Roll each to a long (45cm) rope, then flatten, spoon the raisin mixture down their centre, and fold over to enclose pinching the ends tight. Braid six strands and arrange the loaves on lined trays to double in size.

5 Whisk the remaining egg, then brush onto the loaf. Scatter with sesame seeds then bake for 10 minutes, then reduce oven to 170°C and bake for a further 30 minutes.